Remembering Those Who Played Life’s Last Inning in 2016

Many of my blog posts celebrate the birthdays of African-American and dark-skinned Latino baseball players of the past; mainly those of the Negro League baseball era and of the game’s “Golden Age” (1950s and 1960s). However as 2016 comes to an end, I would like to briefly mention those who died this year.  If there are some not listed it is because I was not aware of their deaths.  Of the eight named in this blog post, some had more productive careers statistically than others.  However, they all helped to grow the deep, unshakable roots African-Americans have in the great game of baseball

The Hall of Fame outfielder, inducted in 1973, spent the prime years of his career in Negro League baseball with the Newark Eagles. Considered the best player in the Negro Leagues by many in 1941 before going into military service, Irvin returned in 1946 to help the Eagles win the Negro League World Series Championship.  In 1949 he became the first  African-American to play for the New York Giants.  He helped them win two National League pennants and the 1954 World Series Championship.

I remember Walt Williams as a hustling, energetic outfielder with the Chicago White Sox (1967 – 1972) who had the nickname “No Neck” because of his short and stocky physique. A contact hitter without much power, he had an outwardly enthusiastic approach to playing baseball.  Williams also spent time with the Houston Colt 45s (1964), Cleveland Indians (1973), and New York Yankees (1974-1975).

Ted Toles played Negro League baseball from 1943 – 1947 and then in 1949. A pitcher and outfielder, he played for the Newark Eagles, Cleveland Buckeyes, and Jacksonville Eagles.  He spent time in the minor leagues in the early 1950s.

After playing in Negro League baseball with the Chicago American Giants, Durham signed with the St. Louis Browns in the fall of 1952. The Browns became the Baltimore Orioles in 1954 and called Durham up from the minor leagues the last month of the season.  He made his Major League debut on September 10 and two days later became the first African-American player to hit a home run in an Orioles’ uniform.

Arm trouble cut short the career of Beamon, a right-handed power pitcher with a good curveball.  A high school classmate of basketball great Bill Russell and Hall of Fame outfielder Frank Robinson (McClymonds in Oakland, CA.), Beamon made his Major League debut on September 26, 1956.  He outmatched Whitey Ford in beating the New York Yankees 1 – 0 giving up only 4 hits.  But he missed most of 1957 due to arm soreness and was 1 -3 with the Orioles in 1958, his last Major League season. 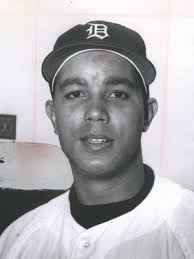 Fernandez signed with the Brooklyn Dodgers in 1951 as a shortstop.  With future Hall of Fame shortstop Pee Wee Reese still in his prime, Fernandez spent five years in the team’s minor league system.  But the Dodgers traded Chico to the Philadelphia Phillies in 1957 and he became the first dark-skinned Latino to play for the team.  He had two productive seasons (1957-1958) with the Phillies.  In 1960, the team traded Fernandez to the Detroit Tigers where he became their number one shortstop for three years (1960 – 1962). 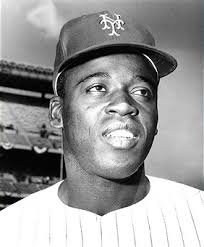 Coleman had a unique career in baseball.  He experienced the sunset of Negro League baseball and the dawning of a new Major League franchise. Coleman was first signed in 1955 by the Washington Senators, but after going nowhere in the their minor league organization he signed with the Negro League Indianapolis Clowns. By the mid-1950s, integration had killed Negro League baseball by draining it of the best players and stealing the interest of black baseball fans.  However, there were Major League teams still interested in Coleman as he played for the Los Angeles Dodgers in 1960 and  the Philadelphia  Phillies in 1961.  Choo-Choo would become a part of baseball history for the wrong reason the next season as he was chosen by the National League expansion team New York Mets who  were 40 – 112 and are known in historical baseball lore as the “hapless 1962 Mets”.

To learn more about the Negro League baseball era, read “Last Train to Cooperstown: The 2006 Baseball Hall of Fame Inductees from the Negro League Baseball Era”.  To order go to (http://booklaunch.io/kevinlmitchell/last-train-to-cooperstown) http://www.klmitchell.com