The Houston Astros have been crowned World Series champions bringing to an end the 2017 Major League baseball season.  Now begins the “hot stove league”, the name often referred to the baseball off-season, even though winter does not officially start until December 21.  Baseball fans will be waiting to see what changes will be made by their favorite team for improvement in 2018 season.  Especially those fans of the New York Yankees, Chicago Cubs, and Los Angeles Dodgers; teams that made a good run in 2017 but fell short.  With the Astros being young and loaded, it will be an uphill climb for the other teams.  But this post is not my prediction about the 2018 Major League season.  It is the third segment about baseball history’s forgotten fall classic; the Negro League World Series. 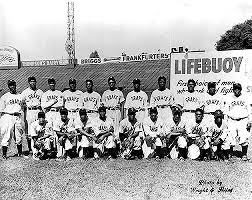 After the United States in 1941 became involved in World War II, President Franklin D. Roosevelt approved the continuing operation of both Major League and Negro League baseball for the purpose of maintaining high morale in the country.  The military took such Major League stars as Bob Feller, Ted Williams, Joe DiMaggio, and Hank Greenberg while Negro League players Monte Irvin, Willard Brown, Leon Day, Larry Doby, and others served also during the War.  There were; however, Negro League stalwarts considered to old (over 30 years old) or with physical exemptions from military service.  This included players such as “Satchel” Paige, Josh Gibson, Buck Leonard, “Cool Papa” Bell, and others.

The war years became a period of economic prosperity for Negro League baseball.  With an estimated 1.5 million African-Americans by 1944 having jobs in industries producing military weapons, equipment, and supplies; Negro League fans had more disposable income to support their favorite team.  In addition, the fan base widened due to the growing northern migration from southern states of African-Americans seeking the increasing job opportunities.  Negro League game attendance reached new levels far above the previous two decades, experiencing a fifth consecutive year of solid growth in 1945.  With this new economic stability came the rebirth of the Negro League World Series.

In 1942, the Kansas City Monarchs of the Negro American League (NAL) played the Homestead Grays of the Negro National League (NNL) in the first Negro League World Series held since 1927.  The format of attempting to maximum revenue (ticket sales) by playing most of the games in cities with a large African America population remained as before; only one game of the Series would be in Kansas City while the rest in New York, Pittsburgh, Washington D. C., and Philadelphia.  However, the Series changed to be as the Major League’s; first to win four games would be champion.  In the midst of their nine-year reign (1937 – 1945) of winning the NAL pennant, the Grays were favored to defeat the Monarchs.  The Grays’ batting order included Josh Gibson, Buck Leonard, Jerry Benjamin, Howard Easterling, and Jud Wilson.  But the Monarchs’ pitchers led by “Satchel” Paige, Hilton Smith, and Jack Matchett shut down the powerful Grays’ batters and won the Series four games to none.  Josh Gibson only hit .154 (2 for 14) and Buck Leonard .188 (3 for 16). 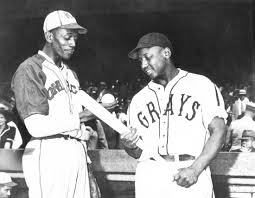 In Game Two of this Series, the pitcher-batter confrontation between the Monarchs’ “Satchel” Paige and the Grays’ Josh Gibson that is a part of Negro League folklore took place.  Wanting to demonstrate proof of being the best pitcher in the Negro Leagues at that time, Paige decided to face Gibson; considered the best hitter.  Leading 2 – 0 with two outs and a man on third base, Paige walks Vic Harris and Howard Easterling intentionally so he could face Josh Gibson.  Paige verbally taunted Gibson, telling before each pitch what he would throw.  Gibson struck out on three Paige fastballs, not quick enough to take a swing at any of them.  The confrontation is so baseball legendary, Monarchs’ first baseman Buck O’Neil gives a narration of it in Ken Burn’s 1994 television documentary miniseries “Baseball”. 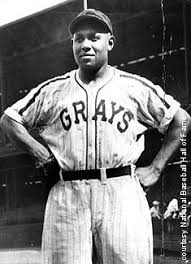 Despite the war years being an economic boom time for Negro League baseball overall, the Negro League World Series struggled.  The 1944 Negro League East West All Star Game in Chicago drew 51,723 in attendance, the largest to see a Negro League game.  Only 29, 589 fans attended Major League Baseball’s All Star Game that summer held in Pittsburgh.  However in his book, “I Was Right on Time” (Simon & Schuster 1997), Buck O’Neil believed there were less than 5,000 people in stadium that saw the Paige vs Gibson event.  But the overall economic stability of both leagues allowed the Negro League World Series to continue.  Stay tuned for the fourth and final segment.