Congratulations to the Washington Nationals, the 2019 Major League Baseball World Series Champions! With their 6 – 2 win in Game Seven over the Houston Astros, the Nationals become the seventh team qualifying for the playoffs as the “Wild Card” to win the World Series; the last being the 2014 San Francisco Giants.

Also, as one of the 2019 Fall Classic’s story lines, with their victory the Washington Nationals ended a 95 year drought of having a World Series championship for Washington D. C. baseball fans.  Fox Sports announcer Joe Buck mentioned this as the Nationals took command of Game Seven Wednesday night.   The 1924 Washington Senators were World Series champions after defeating the New York Giants 4 games to 3.   Hall of Fame pitcher Walter “Big Train” Johnson (23 – 7 with a 2.72 ERA) and Hall of Fame outfielder Goose Goslin (12 HRs, a league leading 129 RBIs, .344 BA.) lead that Senators’ championship team.  However, the 1924 Washington Senators were not the last professional baseball team in Washington, D. C. to win a World Series before the Nationals won this year.  That distinction had belonged to the Homestead Grays, one of the most renowned franchises in Negro League professional baseball.  The Grays were Negro League World Series champions in 1943, 1944, and 1948. 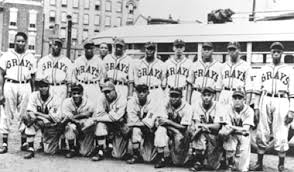 After losing the 1933 World Series to the New York Giants, the Washington Senators finished .500 or above only once more in the 1930s, twice in the 1940s, and twice in the early 1950s.  Despite showing signs of improvement in 1960, the team finished below .500 for the seventh straight year.  The franchise then moved to Minneapolis and became the Minnesota Twins.

In 1961 the American League placed a new Washington Senators franchise in D.C., an expansion club, but it finished near or at the bottom in the league’s standings from 1961 – 1968.  Hall of Fame slugger Ted Williams became manager in 1969 and led the Senators to an 87 – 75 record.  However, after finishing below .500 for the 1971 season the Senators’ owner moved the franchise to the Dallas-Fort Worth area and the team became the Texas Rangers.  Major League Baseball would not return to Washington, D. C. until 2005 when the Montreal Expos National League franchise moved to the nation’s capital and became the Washington Nationals.

For nearly the first half of the 20th Century, the “invisible color line” in white organized professional baseball kept African Americans and dark-skinned Hispanic players out of Major League baseball.  In the face of this racial prejudice, Homestead Grays owner Cumberland Posey created a winning tradition in Negro League professional baseball.  At one time or another ten Negro League players enshrined in the Baseball Hall of Fame wore the uniform of the Homestead Grays, including long time Grays’ first baseman Buck Leonard and catcher Josh Gibson.  Beginning in 1937, the Grays won eight consecutive Negro National League pennants.  The Grays originated out of Homestead, Pennsylvania across the Monongahela River from Pittsburgh.  However, in 1940 it began playing half of its home games in Washington, D. C. to tap into the increasing African American population in the city.  The city previously had been the home of two other Negro League teams; the Washington Pilots briefly in 1932 and the Washington Elite Giants in 1936 – 1937.  The Grays leased the Senators’ home ballpark, Griffith Stadium, for their home games.  In 1943, Washington became the home base for the Homestead Grays.  As the Senators continued to struggle on the field, many considered the Grays the best professional baseball team in the nation’s capital from 1940 – 1948.  Despite being mainly a second division team during this period, the Senators remained profitable due to the fees charged to the Grays for leasing Griffith Stadium.