The World Series is the most anticipated event and the most exciting time of the season for baseball fans.  The American and National League pennant winners clash in what is traditionally referred to as the “Fall Classic” to determine who will get the crown of World Series Champion.  It is a huge part of baseball history.  This year’s Series, the 113th, began last Tuesday.  The Los Angeles Dodgers, a long time National League franchise which began as the Brooklyn Grays in 1890, is going against the Houston Astros who began as a National League franchise in 1962 (Houston Colt 45s) and were switched to the American League in 2013.  The Dodgers are after their fifth World Series title (Brooklyn Dodgers 1955, Los Angeles Dodgers 1959, 1963, 1965, 1981, and 1988), while the Astros their first.

But this blog post is not a commentary on the 2017 World Series.  It is to give attention to the other World Series also a part of baseball history.  On October 3, 1924; the Kansas City Monarchs of the Negro National League (NNL) took on the Hilldale Club of Darby, Pennsylvania of the Eastern Colored League (ECL) in the first game of the initial Negro League Baseball World Series.  Although never the financial success of the Negro League East-West All Star Game (1933 – 1948), the Negro League World Series gave an indication of Negro League baseball’s attempt at relative stability in the face of its economic and racial discrimination barriers.  Held for eleven years, 1924 – 1927 and 1942 – 1948, it is the “forgotten” World Series.

By 1924, the acrimony between the two primary Negro professional baseball leagues had subsided to a level favorable to begin a championship series with the pennant winners of each.  Chicago American Giant owner/manager Andrew “Rube” Foster had formed the Negro National League (NNL) in 1920 consisting of teams in mid America (Chicago, Kansas City, St. Louis, etc.).  Organized of teams along the eastern seaboard (New York, Philadelphia, Atlantic City, etc.), the Eastern Colored League (ECL) began operating in 1923.  Many NNL players broke their contracts to play for more money in the ECL angering Foster.  In addition, he had other financial feuds with some owners of ECL teams.  However, the leagues were able to forgo their differences to pursue the potential benefits from a championship series.

In an attempt to maximize revenue (ticket sales), league officials decided on a best five out of nine series format; same as the Major League’s World Series in 1919 – 1921.  Also, in addition to the cities of the participating teams, some games would be played in cities with a large African-American population.

In the inaugural Negro League World Series in 1924 there were a number of players who now have plaques in the National Baseball Hall of Fame (Cooperstown, New York).  The Kansas City Monarchs had pitchers Wilber “Bullet” Rogan, a 1998 Hall of Fame inductee, and Jose Mendez (2006), who also was the team’s manager.  Third baseman Judy Johnson inducted in 1975, catcher Biz Mackey (2006) and catcher Louis Santop (2006) were on the Hilldale club.  The latter two were involved in one of the key plays in the Series.  In Game Seven with the Series tied three games apiece, the Monarchs trailed 3 -2 in the bottom of the ninth inning with two outs and the bases loaded.  The Monarch’s batter Frank Duncan hit a foul ball behind home plate within the reach of Santop which should have resulted in a Hilldale victory.  But the catcher dropped it, giving Duncan another swing.  On the next pitch Duncan hit a ground ball that got past Biz Mackey who was playing shortstop to give the Monarchs a 4 – 2 win. 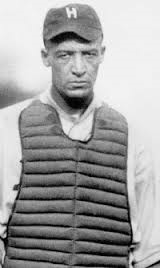 Hilldale recovered to win Game Eight to tie the Series.  Monarch’s manager Jose Mendez, supposedly past his prime at 37 years old, pitched  a 5 – 0 shutout in Game Nine for Kansas City to be the first Negro League World Series champion.  The teams played the Series in four cities; two games in Philadelphia, one in Baltimore, three in Kansas City, and three in Chicago. 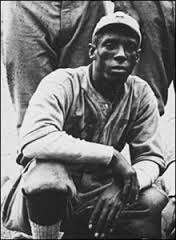 They met again in the 1926 Series, but with a different outcome.  accidentally punctured with a needle in the knee by his son, Monarchs pitcher and best hitter “Bullet” Rogan could not play.   Hilldale won the Series four games to one.  Biz Mackey, who had replaced the aging Louis Santop at catcher, hit .360 including three hits in the Series clinching Game Five. 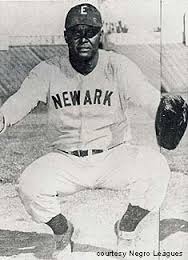 Both the 1926 and 1927 Negro League World Series featured the NNL’s Chicago American Giants against the ECL’s Atlantic City Bacharach Giants.  Due to a debilitating illness to “Rube” Foster, Dave Malarcher took over as manager for Chicago.  Excellent pitching highlighted the Series both years.  In 1926, Atlantic City left-handed pitcher Red Grier hurled a no-hitter in Game Three.  However, Chicago’s Bill Foster, Rube’s brother, was the pitching star for the Series.  Inducted into the Baseball Hall of Fame in 1996 and considered the best left-handed pitcher in Negro League baseball history, Foster won two games as his team took the Series five games to three.  In Game Eight, the Series clincher, he pitched a five hit shutout winning 1 – 0.  In the 1927 Series, Atlantic City beat Foster twice.  However, he still won Game 1 and Game 8 as Chicago won the Series again five games to three.

In most written accounts of the “Great Depression”, it does not officially start until the New York Stock Market crashes in 1929.  However, economic hard times had hit African-Americans by the mid-1920s.  Negro League baseball game attendance dramatically declined as fans had no money to support the teams.  As a result many Negro League teams, low on capital from the start, went out of business.  After the 1927 season, the ECL disbanded and the NNL economically limped to the end of the decade.  With only one official league operating and facing extremely difficult economic times, the Negro League World Series disappeared after those four years, 1924 – 1927.   However, this is not the end of its story.  Stay tuned.